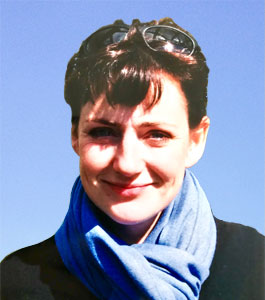 Rachel studied at Camberwell School of Art in London, then went on to Nottingham for her Theatre Design BA. In a career spanning over twenty years, her works have appeared throughout Europe, and in Japan & Australia.

Rachel’s painting studio is the perfect environment for her energetic and creative talent. A large and elegant space, with huge amounts of natural light illuminating every corner and canvas being painted.

Working alongside Rachel Herman she produces commissions for both the UK and USA.

Early work in her career was in the form of paintings for the Series ‘Absolutely Fabulous’, Alexai Sayles series ‘Paris’ (Channel 4) requiring many canvasses in the style of various recognisable, (dead) artists. From here Rachel went on to produce numerous scenic backgrounds and paintings for BBC1, ITV, Channel 4, Sky, CBBC, BBC Scotland, Carlton & LWT. In addition to this there was demand for advertising work from major UK brands: Mackintosh, Nestlé, Mendelez International, Kraft Foods, August Storck KG, and KP Snacks. Advertising stills for Peugeot, Opel and Ford, and campaigns for SNCF, and British Airways. Further launches, promotional events and Sales Strategy Conferences were forthcoming amongst which Sony PlayStation and Maclean Pharmaceuticals were interesting commissions. On a smaller scale Rachel was asked by Conran to work on a design for the new Lancôme rose.

This type of work led on to painted scenic work for music videos and films including ‘Robin Hood Prince of Thieves’, and projects for Samuel Goldwyn Co: Columbia Tri Star, and Bill Kenwright Films Ltd: Working with scenic painting departments for some great designers on productions at The Royal Opera House, English National Opera, Swedish Royal Ballet, and The National Theatre has always been a joy for Rachel, stretching as it has the bounds of style and size, this is a very different painting discipline from producing smaller bespoke pieces.

After a chance introduction to the head of visual merchandising at Harrods, Rachel extended her portfolio of work to encompass some retail clients, amongst which both Harrods and Selfridges asked Rachel and her team to produce their Christmas windows. From this there followed numerous other window and in store promotions. Mary Portas, John Crowell of ‘Beaumont & Fletcher’ & Anthony Little of ‘Osborne & Little’ followed with bill board campaigns and painted commissions for visual merchandising within other stores, and promotional work.

Interior schemes and paintings commissioned for museum and exhibition spaces during their inception and early stages include The Millennium Dome, The British Library, Museum of London, and Legoland. As an adjunct to all this Rachel’s work has also been exhibited at Decorex International, Ideal Home Exhibition, Leighton House, Andrew Usiskin, The Riverside Studios (London,) and The Reike Centre (Amsterdam.) 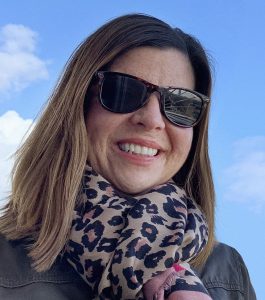 Rachel has an extensive background working for highly acclaimed institutions throughout her career as a consultant, marketer and fundraiser. She is excited to be partnering with Rachel Macfadyen to commission bespoke art for commercial and residential clients and projects in the UK and US. She manages all aspects of business development and client management for Macfadyen Bespoke Art.

After graduating with a bachelor’s degree in Marketing and Communications from Bowling Green State University, Rachel has spent over 20 years in the nonprofit sector working for organizations such as The Field Museum of Natural History in Chicago, The Cleveland Orchestra and Business Volunteers Unlimited (BVU). Rachel’s aim has always been to work for organizations making a difference in the community and surrounding herself with art and history. Rachel is committed to delivering the highest level of customer service with a detail-oriented approach but most importantly, understanding the needs of the client above all else.

Rachel works with each client closely to understand the scope of the project, budget, painting size(s) required, composition and nature of the piece.

Any cookies that may not be particularly necessary for the website to function and is used specifically to collect user personal data via analytics, ads, other embedded contents are termed as non-necessary cookies. It is mandatory to procure user consent prior to running these cookies on your website.